For my building chose, Skinner Chapel because it’s one of the most Iconic landmarks on campus and it thought that modeling it would be an interesting endeavor.

I started by grabbing the google earth image for the building via “Geo-location” in sketch up. Once I had the base image I drew on the building basic exterior structure and extruded the building upward. With a rough exterior model for me to overlay the pictures, I could begin inserting the images I had found on the Archives data base.

Of all the images available I could only find two of the chapel taken from a corner angle without trees or other opticals; one was from the front left and the other from the front right: 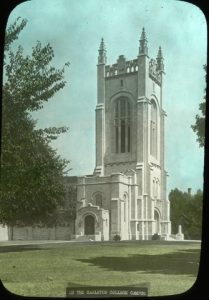 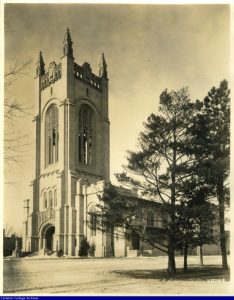 After spending a good chunk of time overlaying and adjusting the model/ images I realized that the back side of the building was largely uncovered and thus I imported some pictures of the general web to complete the creation.

After good tweaking  later I ended up with a somewhat cohesive model; However I can definitely understand why this technique is better suited for quantity over quality 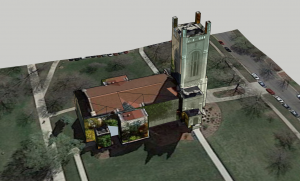 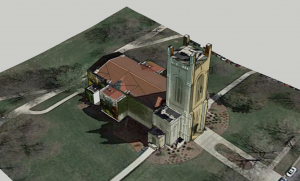 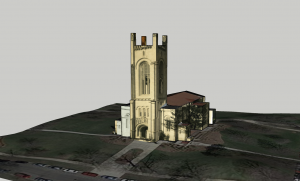