I chose to match photos of Goodsell Observatory to the model and this task turned out more difficult that I had anticipated partially because of my poor decision at first. I first chose to create the actual model of the observatory based on the top down photo.

I basically drew circles and rectangles and pulled them from the ground and created a design that looks plausible to the observatory. And then, based on the model, I tried to match the rest of the images of the observatory that I had found from the library archives. 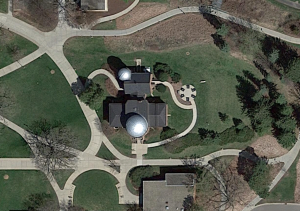 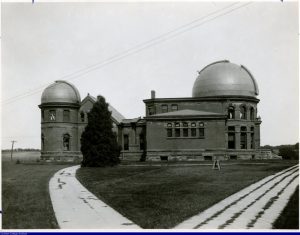 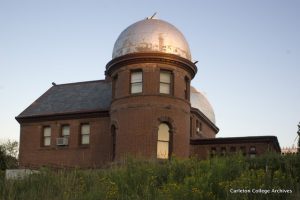 It could be just me, but it was extremely difficult aligning the model the to images so that I could not match the last image from the above. Maybe, I think I should have created a model based on the one from. Also, one mistake that I made was that when I was pulling objects, I did not take height too much into account… The results look as below